Most people know varicose veins mostly affect the feet and legs. But varicose veins can also occur in the pelvis causing chronic pelvic pain in women; this condition is known as Pelvic Venous Congestion Syndrome (PVCs) or ovarian vein reflux. Herein is a look at the condition, the risk factors, causes, symptoms, and treatment options. Read on to find out more.

What is pelvic venous congestion syndrome (PVCs)? Pelvic Venous congestion is the enlargement of blood vessels in the pelvis due to faulty vein valves in the lower abdomen. See, veins have valves to guide blood flow towards the heart. However, these valves become faulty in some cases due to damage or other problems causing blood to flow backward. When this happens in the lower abdomen, blood builds up in the area, causing the veins to enlarge and change shape.

Therefore, PVCs are varicose veins in your pelvis. This engorgement or congestion of blood vessels in the lower abdomen can cause chronic, unbearable pain. It affects at least 1 in three women at some point during their lifetime. Chronic PVCs last more than six months. It is not associated with period pain at all. PVCs are common among women who’ve given birth more than once.

Chronic PVCs last longer than half a year. PVCs are commonly experienced for the first time during or following pregnancy. It is characterized by a heavy aching feeling that may get worse as pregnancy progresses. In most cases, you feel the pain on the left side only. But at other times, you may feel the pain on both the left and right sides. PVCs pain is usually worse during the evenings.

Apart from pelvis pain, other PVCs symptoms include:

Who is at risk of pelvic venous congestion? Women are predisposed to PVCs because of the estrogen hormone. Stats show that women between ages 20 and 45 are most likely to be affected. Factors that commonly cause the condition include:

How is Pelvic Congestion Syndrome Diagnosed?

There are various ways to diagnose pelvic congestion with Pedes Orange County state-of-art diagnostic and testing. These include CTs and MRI scans, pelvic venography, and ultrasounds. However, it’s not easy to diagnose the syndrome because while many women experience pelvic pain, not all are due to congestion of blood vessels. Indeed, some pelvic pains have psychological origins, others are caused by issues within the reproductive, gastrointestinal, and urinary system, and still, others are caused by bones or muscles.

Therefore, your doctor will consider all the above and ask for urine and blood samples, consider your health history, etc. However, X-rays, MRIs, CTS, and Ultrasound are the surest ways of detecting pelvic congestion.

Congestions in the pelvis and lower abdomen can be diagnosed using ultrasound techniques. It’s a technique that helps visualize backflow in the veins in the ovary and identify enlarged veins. If you want to get a pelvic or abdominal ultrasound, consult with Pedes Orange County.

Abdominal and Pelvic CTs and MRIs

Abdominal and pelvic ultrasounds help visualize backflow in ovarian veins. But it doesn’t provide enough information, and therefore, CTs and MRIs may be used to take further images. CTS and MRIs help evaluate the pelvis

In some situations, ultrasound alone may not provide all the necessary information, and your physician may want to obtain additional imaging. For example, CT and MRI are used to take detailed pictures.

Pelvic venography uses X-rays to take images of veins in the pelvis. It’s the most definitive pelvic screening technique for checking congestion. It’s a minimally invasive technique that involves the use of a catheter. The tube is inserted into the venous system via the neck or groin and then guided into the veins in the ovary using X-rays. Then, using an iodine-based dye, the medical specialist obtains images of the pelvic structure on a fluoroscopy machine.

After obtaining the images, the catheter is removed. The doctor will then apply slight pressure on the puncture area to stop bleeding. You will be discharged 1 to 4 hours later. Pelvic venography may also be used as a treatment when it’s combined with pelvic embolization. 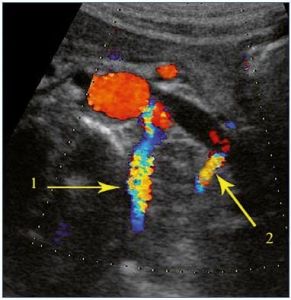 Some women have enlarged veins with no symptoms; others have enlarged veins that cause pains and aches. In most cases, these don’t require a medical emergency. The symptoms should reduce as you head into menopause. However, in case of chronic, unbearable pain, nothing is stopping you from seeking medical help. In fact, see your healthcare giver right away for help.

To get the most out of the consultation, here’s what to do: 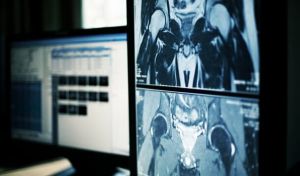 What are the Pros and Cons of Pelvic Vein/Ovarian Embolization? 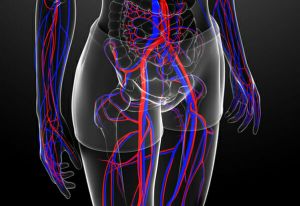 Congestion of veins in the pelvis and lower abdomen is one of the major causes of pelvic pain. It happens when the vein valves lose functionality, preventing blood from flowing back. Symptoms include pain when standing, lifting, walking, and during or after intercourse. It’s also characterized by visible varices on the vulva, vagina, inner thigh, and sometimes the buttocks. This condition affects 13-40 percent of women between ages 20 and 45. Symptoms of pelvic venous congestion should reduce after menopause. Still, before that, you can also seek medical diagnosis and treatment to ease the pain and improve the appearance of the veins.

Hopefully, this is enough to help you decide what to do. Pelvic venous congestion consultation and treatment services in Pedes Orange County, contact our offices to speak with an expert.

What to Expect from Your Visit to Pedes

Your treatment will begin with an ultrasound examination of your veins, arteries, or both, in your legs to diagnose the presence and extent of the disease. Your test results will be immediately available to review with the doctor.

Once we review the results of your diagnostic tests, our physicians will help you develop a plan to provide you with the best treatment for your disease.

Depending on the extent of disease in your arteries or veins, our specialists may recommend minimally invasive intervention and/or prescribe medications to help your symptoms.

Learn more about our treatment options

Learn more about what to expect

Return to the interactive body page